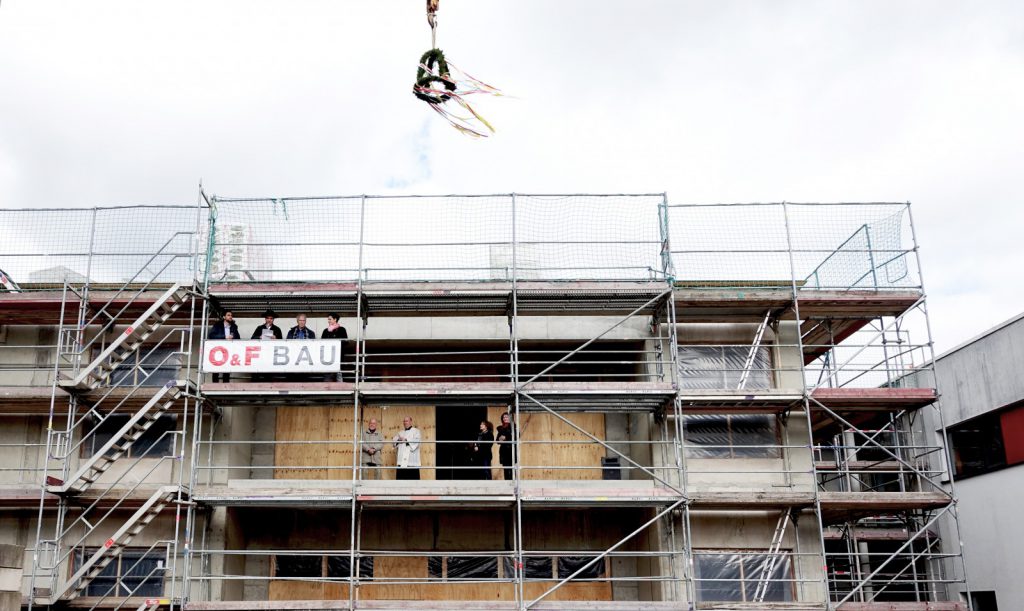 The topping out ceremony for the extension of St. Mary’s Hospital in Brandenburg on the Havel was celebrated on Friday, 10 March 2017. Father Matthias Patzelt blessed the extension as part of the ceremony. The topping out ceremony was also attended by the Mayor, Dr Dietlind Tiemann, client representatives, hospital staff, participating designers and construction firms and several neighbours. Completion is scheduled for the end of 2017, in order to accept patients in the following year.

The new, freestanding building will expand St Mary’s Hospital, which focuses on geriatrics and internal medicine, by two wards with a total of 48 beds.

The new building complements the existing ensemble with a freestanding, cubic structure that is linked to the existing building by a connecting corridor. It forms the northern border of the central patient garden, which is directly accessible from the new wards via a terrace.