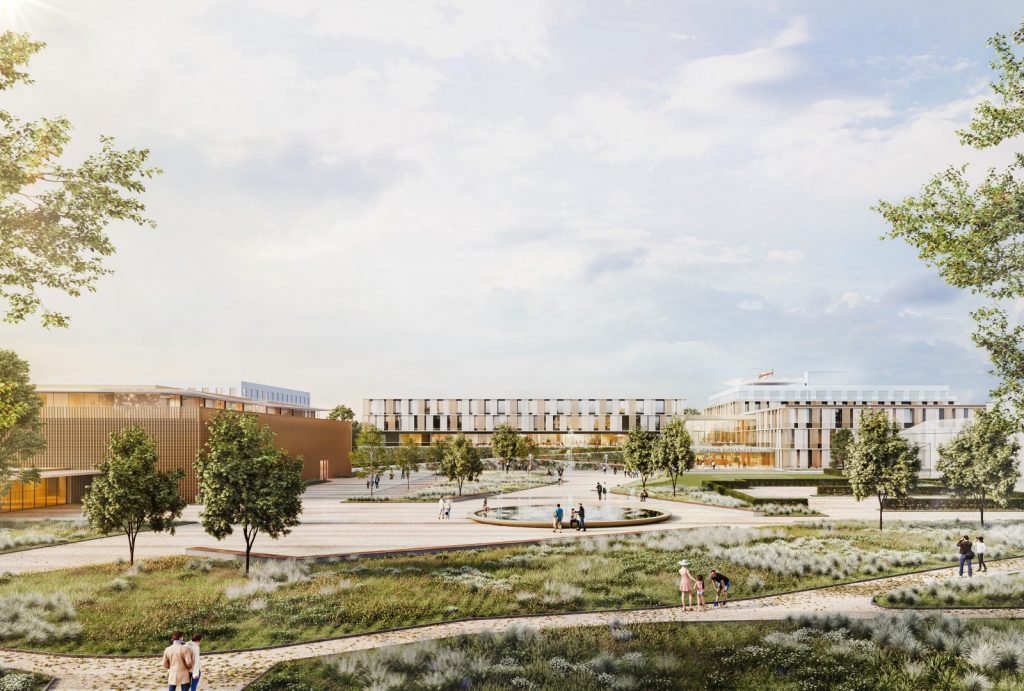 In a two-stage open competition for the extension and restructuring of the Hôpital d’Yverdon-les-Bains, the design by Nickl & Partner has been awarded 2nd prize.

The hospital built in the spa town of Yverdon-les-Bains on Lake Neuchâtel in the 1980s is part of the Établissements Hospitaliers du Nord Vaudois (eHnv) and an important pillar of the supra-regional health care infrastructure of the Swiss canton of Vaud.

In the coming years, the outdated ensemble is to be comprehensively restructured and extended. The plans had to include a new building and extension area of about 40,000 m² as well as the restructuring of an existing building area of about 15,000 m².

In keeping with the hospital’s location next to the Grand Hôtel des Bains, the Centre Thermal and its spa park, the competition attached special importance to its integration into the urban context. Another challenge was the requirement to implement all construction measures during continuing operation of the hospital.

Nickl & Partner’s design proposes an ensemble of volumes of different sizes and heights. The current main building will be comprehensively refurbished and extended at the top. Smaller pavilions, which will house among other things the operating theatres and intensive care units, will complement the main building. A central, light-flooded reception hall will separate the existing building from the newly added structures and serve on two levels both as a distributor and as a place for communication and meeting.

The jury praised the clear hierarchy of the public and more private hospital areas as well as the ensemble effect of the design und the sensitive integration of the building volumes into the local context.

We are very pleased to have been awarded the 2nd prize and congratulate the team! 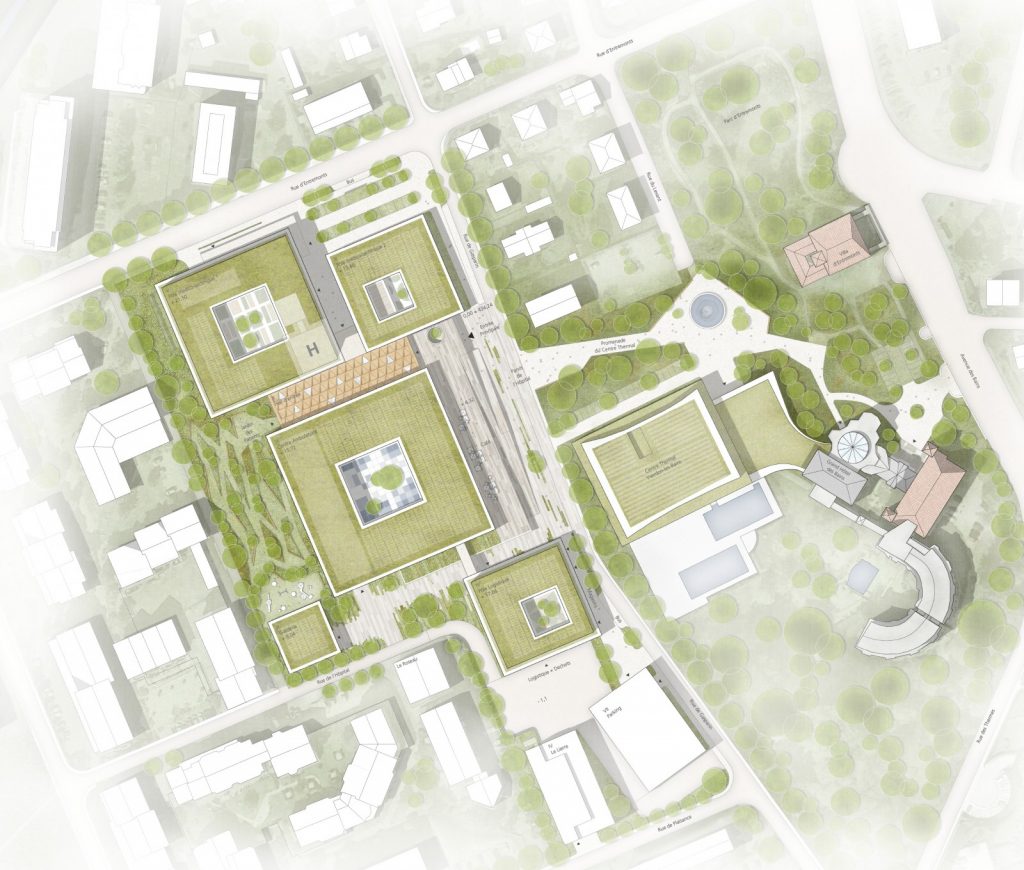 The design proposes a pavilion-like ensemble 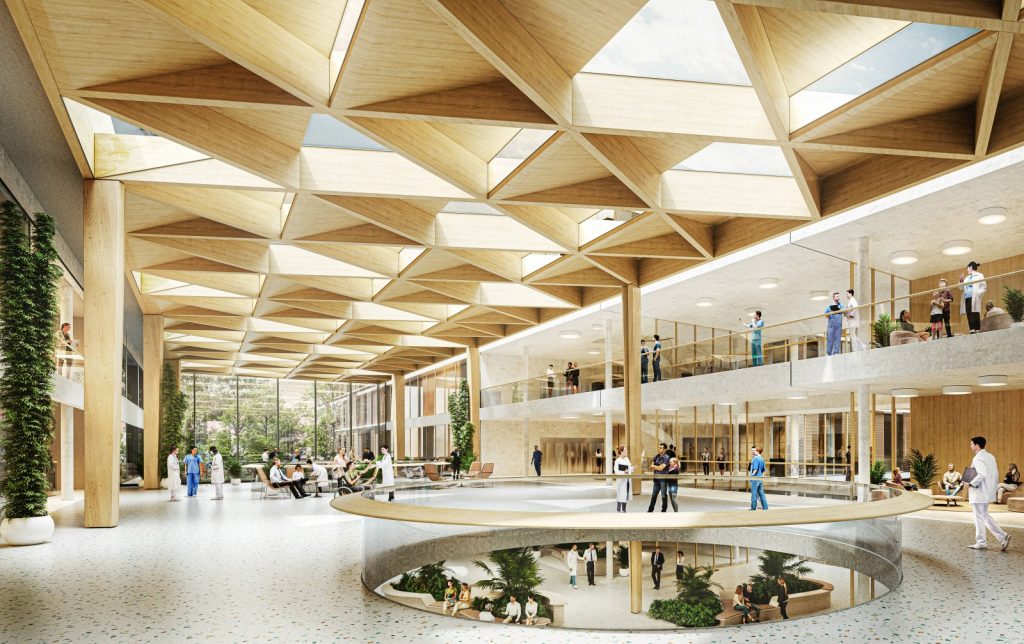 The reception hall connects the existing building and new structures

Visualisation of a patient room